​​​- OPRAH
Charlie Tingen is a New York-based actor, singer, and future Patti LuPone castmate. He is not Gayle King (damnit).

Get To Know Charlie

​Charlie was born and bred in a small town in Eastern North Carolina. He caught the acting bug at just three years old when he hijacked his preschool performance of Miss Spider's Tea Party, improvising the role of a butterfly instead of his assigned role as a rain cloud. 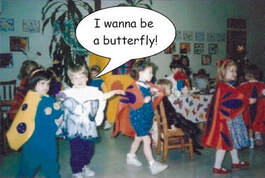 ​After graduating from Coastal Carolina University with a BFA in Musical Theatre, he moved to New York City where he currently resides.

Charlie is known for his powerful voice and strong acting chops. He first gained recognition for his Off-Broadway debut, in which he performed a fully sung-through pop opera with no amplification.

He has performed Off-Broadway, in national tours, with symphony orchestras, and at opera companies and regional theatres throughout the United States.

His favorite credits include: Enjolras in Les Misérables, Freddy Eynsford-Hill in My Fair Lady, Tony in West Side Story, Jack in Into the Woods, and Maximillian in Candide. He has also appeared as a soloist with symphony orchestras such as: Utah Symphony, Milwaukee Symphony Orchestra, North Carolina Symphony, and Pacific Symphony.

Charlie feels equally at home in golden age musicals, contemporary works, and avant-garde theatre. He has a knack for playing young revolutionaries, troubled rich guys, and open-hearted lovers. He relishes any chance to defy expectations and play against type.

Charlie's dream roles include: King George in Hamilton, anyone in Sondheim (especially Henrik in A Little Night Music and Toby in Sweeney Todd), Younger Brother in Ragtime, Cornelius in Hello, Dolly!, and roles that have yet to be created.

​"If you compare yourself to others, you may become vain and bitter; for always there will be greater and lesser persons than yourself." - Max Ehrmann